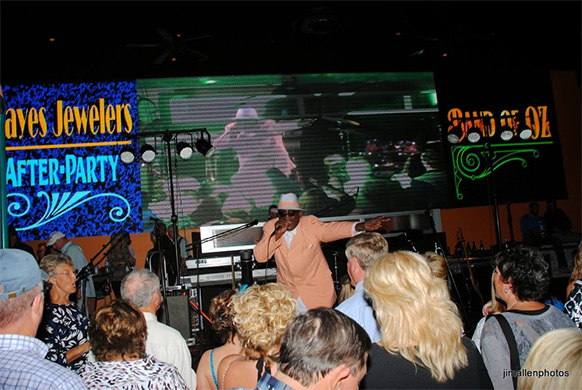 The CBMA After Party held at Ocean Drive Beach and Golf Resort in the OD Beach Club and Spanish Galleon is one of the biggest parties of the year. Presented by Hayes Jewelers, look for some of the top beach music bands on stage after the awards show held just down the road at the Alabama Theatre. Most people leave from the show, grab a bite to eat and then hit the big party.

Check out some of the pictures from the 2013 show below taken by Jim Allen and Pam Stanford with Jim Allen Photos.