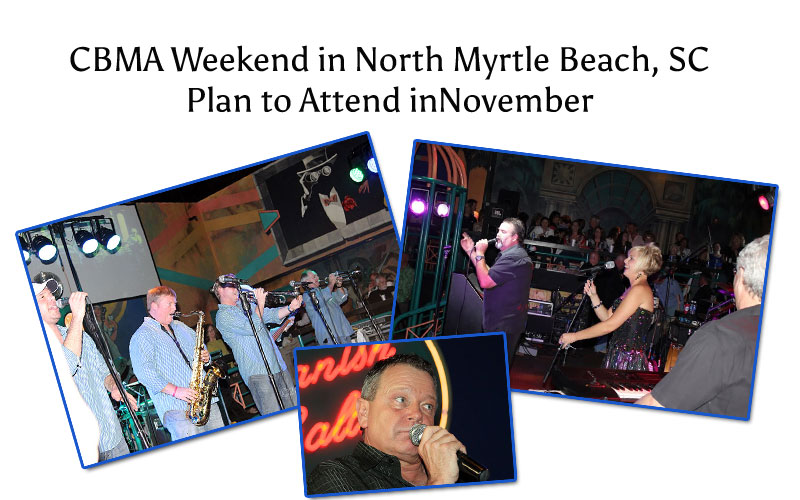 One of the biggest weekend in North Myrtle Beach is the Carolina Beach Music Awards weekend. For the DJs, bands and artists, there is no better weekend. Its a chance for everyone to be together. Fans, friends and artists get to see each other and enjoy the best in beach music entertainment. If you have never been to a CBMA weekend in November, plan to attend this year. The clubs on Main Street in Ocean Drive feature live entertainment each night with pre-parties starting on Wednesday night. Sunday afternoon is the actual award ceremony at the Alabama Theatre in Barefoot Landing. The VIP party afterwards at the Spanish Galleon Beach Club and OD Beach Club (soon to be called the Beach Music Cafe) is the final party of the weekend. This party has been known to carry on way after last call.

Leading up the event, members of the CBMA first nominate who they think deserves to win various categories like Vocalist of the Year, Group of the Year, Album and Song of the year along with many others. Once the nominations are in, the ballot is sent to all the members for a final vote to determine the winners. These winners are then announced on Saturday and Sunday at the awards shows. Saturday features the industry awards, which is held at the Spanish Galleon Beach Club. Sunday features the people’s choice awards at the Alabama Theatre.

Some of the biggest acts in Beach Music, Rhythm & Blues have performed at the CBMA Show. William Bell, Jimmy Cavallo, Roy Roberts, Arthur Smith, Little Anthony, Chuck Jackson, Candi Staton, Eddie Cornelius, and Eddie Floyd have all entertained on the stage in November at the award show.